Fabulous Free Beauty Event for All ...J’ouvert Boudoir Lounge is coming to London and you are invited to embark on a journey of discovery

Next month will see the J’ouvert Beauty Boudoir make its London debut at the fabulous Browns Courtrooms Venue in Central London.

This must-attend complementary event will not only offer guests the opportunity to explore the J'ouvert brand but also offer fabulous fashions and luxurious beauty treatments.

Guests can expect to receive mini make-over’s and advice whilst exploring the exciting world of new Independent beauty brand J’ouvert Cosmetics. J’ouvert’s expert make up artists will help you revamp your make up bag and create your signature look for AW 12 and prepare you for the festive season.

Amongst the exhibitors will also be the glamorous Hollywood Siren inspired label L.2Mae, the brainchild of Hull based designer Debbie Huntley who previously worked for a number of established high profile brands such as Paul Smith and Alice Temperley.

Fabulous Cocktails and Champagne will also be available from the Browns Courtrooms bar for guests to relax and unwind.

Join J'ouvert's Boudoir Lounge on 5 October, 2012 at Browns Courtrooms in Covent Garden. Whether you’re on lunch, shopping in the city, looking for a day out or just a few minutes to spare, enter into the Boudoir  and be encapsulated with exquisite colour, the latest fashions and luxurious beauty treatments and much more. Start your weekend on a high note, get pampered!

Makeovers + tips, tricks and advice from our beauty experts
Manicure
Massages
Fashion Advice – AW 2012-13 trends
Gift ideas – get into the Christmas spirit
Cupcakes – a must try
Network with other beauties

Don’t keep this a secret to yourself – share with friends, families and co-workers, make a fun day of it.

An area that is currently massively underexploited and that is set to show explosive growth is the ethnic beauty market.
Why will this is this the case?
·         The UK population is projected to undergo major shifts in the composition of the ethnic proportions, which will grow extensively over the next 10 – 25 years.  Between 2001-2035 the White British population is projected to grow by 4% , by contrast peoples of a mixed heritage will grow by up to 241%, the Asian population group will grow by up to153%  and the Black African group will grow by 179%. .[ii]
·         As these population groups grow, they are also becoming wealthier.[iii]  The so called ‘brown pound’ will have increasing influence.
·         According to Mintel, in 2006  sales of ethnic beauty products accounted for only 1% of the UK’s beauty value sales, despite the fact that the ethnic demographic accounted for 12% of the population at that time.[iv]
·         Black British women spend on average six times more than their white counterparts on their hair, and more than half regularly visit a salon. Mintel market researchers found that while the average Caucasian woman spends £83.97 a year on beauty products, black women spend £117.44 - and that doesn't include trips to the hairdresser or spending on mainstream products not specific to Afro hair.[v]
So, what has been hampering the growth of this extremely exciting segment of the market?

Mintel identified that market growth for the woman of colour was hampered by:
·         limited availability of ethnic brands on the high street
·         The mainstream retailers’ reluctance to become involved in ethnic cosmetic and toiletries
·         Lack of advertising (in mainstream press) which is read/consumed by many women of colour

Natalie Clue – a Marketing Consultant specialising in beauty for the woman of colour , who has worked with leading brands such as  Estee Lauder, Dermalogica and Kao Brand-John Frieda, and who is the author of  a leading  blog for the British woman of colour, BeautyPulseLondon, states ‘that a lack of representation of women of colour in the beauty industry is also an issue’.  She strongly believes that women of colour need to be present, because only we can articulate and express our needs in a way that can then be adequately addressed.

Thus she created an organisation, Keziah Connections which was launched earlier this month.
“The mission of the organisation is simple” states  Natalie, ‘it is here to facilitate and encourage the empowerment and progression of women of colour within the mainstream British Beauty Industry, by bringing leading and up and coming beauty professionals together with women who want to be educated and mentored.

The first event called the Nurture and Network™ Evening, will takes place at the sumptuous BECCA Boutique, in the heart of Chelsea, on the 24th July 2012.

Natalie values productive partnerships and was so happy that the premium cosmetic brand BECCA agreed to be the lead partner for the first event.  “BECCA is the perfect partner, as it a brand that has a range of products that are suitable for women of all skin tones. I am keen to connect brands that I know offer the products that the woman of colour desires, with the end consumer!

The topic and speakers on the evening are: 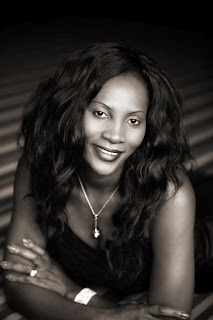 Limited tickets are available here; http://www.forwardladies.com/networking-events-london/an-evening-with-secret-millionaire-caroline-marsh-2220
Following the launch of Forward Ladies, the North of England’s largest women’s business support organisation with more than 13, 500 members in London in March 2012, the group invite members and non members to An Evening with Secret Millionaire Caroline Marsh, at the sumptuous Embassy, Mayfair.
Caroline Marsh is one of Britain’s leading female property investors and an inspiration to many. In Autumn 2008 the entrepreneur was catapulted into the media limelight, when she was featured on prime-time Channel 4 television as a philanthropic 'Secret Millionaire.'

Caroline’s own journey towards financial freedom was kick-started by a multi-millionaire property investor and serial entrepreneur who she heard speak at a business conference and was so inspired, that she set her sights on having him as her personal mentor.

Within six months, Caroline was given a privileged invitation to join Platinum Property Partners and her life was changed forever. Caroline will share tales of her Secret Millionaire journey, property investing and how adjusting your mindset can lead to success.

Forward Ladies (www.Forwardladies.com) was founded in 2000 in an effort to support and empower all women in business - from long established independent business women and micro businesses, to high ranking decision makers at international corporate organisations and business women with 7 figure turn-overs.

Etta Cohen, founder of Forward ladies said; “We are delighted that Jessica Huie has joined us to oversee the London franchise, and are confident that this latest offering ‘An Evening with Secret Millionaire Caroline Marsh ’ will be as well received as the previous Max Clifford event.”
For further information and interview requests and press tickets contact Jessica Huie Jessica@jhpr.co.uk 07985 424 772
Posted by Yolanda at 08:04 No comments:

BUY YOUR 'A LA MODE' LFW TICKET BELOW

"A not to be missed International Showcase!" 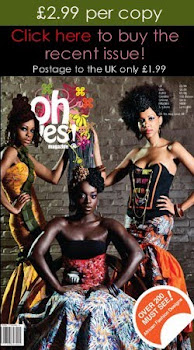